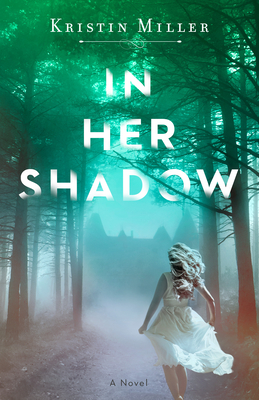 Title: In Her Shadow

A pregnant young woman becomes obsessed with the disappearance of her lover's wife--only to discover that she may be headed for the same fate--from New York Times bestselling author Kristin Miller.

Once his secretary, Colleen is now pregnant with Michael's baby. When he brings her to his opulent estate, Ravenwood, she is abruptly thrust into a life of luxury she's never known. But Colleen finds the immense house suffused with the memory of Michael's beautiful wife, Joanna, who left months ago and who haunts her imagination. It quickly becomes apparent that there is little room for a new mistress of this house: The staff greets her with hostility, and there are entire wings and corridors from which she is prohibited to enter.

Then bones are unearthed in the grove across the street.

When Michael falls under the suspicion of the detectives investigating the case, the soon-to-be mother of his child finds herself hurled deeper into her boyfriend's dark past--a past that threatens to upend all her dreams. But the terrifying secrets lurking in the shadows of Ravenwood pale in comparison to the drastic measures Colleen will take to stake a claim to her new life.

Inspired by Daphne du Maurier's Rebecca, In Her Shadow is the chilling story of one woman's desperate desire to be loved and the ghosts that get in her way--but only if she lets them

Would I recommended? Yes

Would I read more of by this author? Yes

This is the first time I've ever read anything by this author and while I've never read Rebecca , and have never seen the movie , I can stay that this is something I would pick up in a heart beat. It has everything in that I like about thriller and that's man cheats on wife, wife goes missing, nobody knows where she is, girlfriend movies in to the house and strange stuff happens like a body is found. And then the the question of who doing it comes out in the open, all the while your feeling sorry for the girlfriend and the baby ,because some of the stuff that is going on is kind of crazy and you start asking yourself who is doing it , is it the husband, or is someone out to get  Colleen  like they got Joanna,and who can you really trust. Because it seems like everyone has something to hid and lie about. Another thing I loved was how is was like a movie but not just any movie ,the really old black and white ones ,the ones like

Alfred Hitchcock or even Vincent Price would make but that just be me.With that said i want to say thank you to NetGalley for letting me read and review.
Tweet