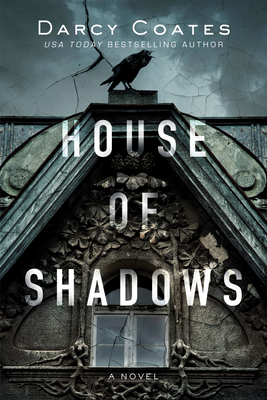 Sophie's world is shattered when disaster bankrupts her family. She's still reeling from the news when she's offered an unexpected solution: Mr Argenton, a wealthy stranger, asks for her hand in marriage.

Marrying Mr Argenton will restore her family's fortunes and save them from scandal, but condemns Sophie to a life in Northwood, a vast and unnaturally dark mansion situated hours from civilisation.

Sophie struggles to adjust to her new position as mistress over the desolate house. Mr Argenton's relatives are cold, and Mr Argenton himself is keeping secrets. Even worse, the house is more than it seems.

Mr Argenton's young cousin, Elise, draws terrifying images. Doors slam. Inhuman figures slink through the forest surrounding the house. A piano plays in the middle of the night. Blood drips from the ceilings.

Sophie is inevitably pulled towards the terrifying truth: Northwood's ancient halls are haunted by the family's long-dead ancestors. The malevolent spirits--produced by grisly deaths--resent her intrusion into their home.

Trapped in Northwood and desperate for an escape, Sophie's fate is further complicated as she finds herself irrevocably drawn to the tall, dark-eyed man she married. She suspects her feelings are returned, but Mr Argenton is hiding the truth about the house--and his secrets are so dangerous that they might just be unforgivable.

Would I recommend it ?yes

Would I read more of this series ?yes , in fact I have book 2 to read as well.

This is the first time I've read anything by this author and I do have to make a note that I would only recommend it to others who love this types of books just as much as I do which are historical fiction but with a touch of gothic mixed with the paranormal as well as a bit of romance and horror,so if that's not your cup of tea then I wouldn't even consider this one.I do have to say that the author was spot on with the writing style for this one , because she brings to life the setting that she's writing about so much so that the way she describes the places make them seem real, its like you can literally reach out and touch them.The story its self is perfect for a dark and stormy type reading or even for an October one at that because of the feeling the setting gives you which is dark and twisted mix with a touch of creepiness.And don't forget the gothic elements : the gloomy, decaying setting, the dark and menacing feel that the atmosphere leaves you . Because of that and how well this story is written it helps plays with your imagination and once that happens it won't let go.With that said I want to thank Netgalley as well as the publishers for letting me read and review it, and I can't wait to read the next book as soon as I can