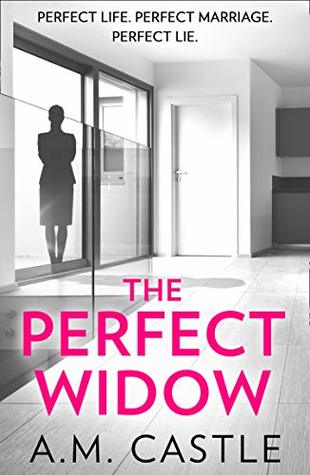 Louise Bridges has the perfect life.

So when PC Becca Holt arrives to break the news that Patrick has been killed in an accident, she thinks Louise’s perfect world is about to collapse around her.

But Louise doesn’t react in the way Becca would expect her to on hearing of her husband’s death. And there are only three plates set out for dinner as if Louise already knew Patrick wouldn’t be home that night…

The more Becca digs, the more secrets she uncovers in the Bridges’ marriage – and the more she wonders just how far Louise would go to get what she wants…

Is Louise a loving wife – or a cold-hearted killer?

Would I read more by this author?yes

WOW I can't believe it took me this long to read this read this. Because once I started I knew that I was going to be in for a ride of my life and it didn't let me down. It even made me question who should I believe or even trust in this story, should it be the Louise ( the widow) or Becca ( the cop) both have so much to gain or even lose. Plus there was times I kept asking myself should I even trust either one of them. As well as reminding myself that people deal with death in different ways and that was perfectly fine. Then there was the times that I kept asking myself what if Patrick's death wasn't accident and if that's the  case who would want him dead or maybe it was suicide. As for the the two main characters while I didn't like them at times and while they both had flaws ,they did play off of each other really well ( think Sherlock Homes and his arch enemy Professor James Moriarty).An thing I should say is that its a slow burning which some case works and some cases doesn't but in this one the author was able to pull it off really well that it worked in away that it made you want to set back and just read and watch as the story came to life. But it does make it an interesting type of read as you find at more about the characters and what led up to this two different characters meeting like they did .So all I can say now is set back and enjoy the ride as your cleverly led me in one direction and then another, with the many twists keeping me guessing until the end. With that said I want to thank NetGalley as well as the publisher for letting read and review it .