The Wolf and the Sparrow 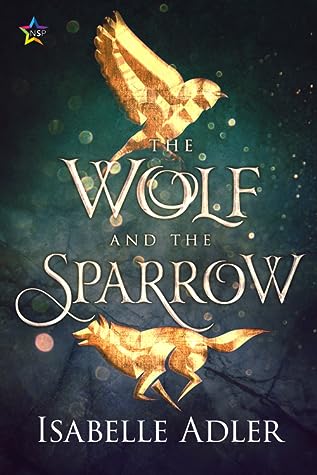 Derek never wished to inherit his title as a result of a bloody battle. With the old count dead and the truce dependent on his marriage to the rival duke’s son, Derek has no choice but to agree to the victor’s terms in order to bring peace to his homeland. When he learns of the sinister rumors surrounding his intended groom, Derek begins to have doubts—but there can be no turning back from saying I do.
After the death of his wife, Callan of Mulberny never expected to be forced into another political marriage—especially not to someone like the new Count of Camria. Seemingly soft and meek, it’s only fitting that Derek’s family crest is a flighty sparrow, worthy of nothing but contempt.
Another war with the seafaring people of the Outer Isles looms on the horizon, and the reluctant newlyweds must team together to protect those caught in the circle of violence. Derek and Callan slowly learn to let go of their prejudices, but as they find themselves enmeshed in intrigue fueled by dark secrets and revenge, their tentative bond is all that keeps their world—and their lives—from plunging into chaos.
My thoughts
Would I recommend it ? Yes, but only to ones that read same sex romance.
Would I read anything else by this author? Maybe
This was my first time reading this author and I can see why some people like her stuff, she has away of bring her fantasy stories to life and the way she describes her world's are amazing ,so much so that it doesn't take anything from the rest of her story. As for the romance its self it was slow going but in some way it was just what this story need, and it helped make the story more enjoyable as well because it showed the characters had a chance to get to know one other better. With that said I want to say thank you to NetGalley as well as to the publisher for letting me read and review it exchange for my honest opinion.
Tweet