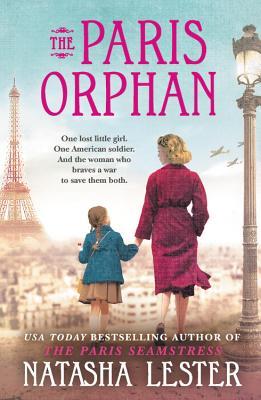 An American  soldier and an enterprising photographer brave occupied France during World War II to help give a little girl the one thing she's never had--a family--in this gripping historical fiction from the internationally bestselling author of The Paris Seamstress.

New York City/Paris, 1942: When American model Jessica May arrives in Europe to cover the war as a photojournalist for Vogue, most of the soldiers are determined to make her life as difficult as possible. But three friendships change that. Journalist Martha Gellhorn encourages Jess to bend the rules. Captain Dan Hallworth keeps her safe in dangerous places so she can capture the stories that truly matter. And most important of all, the love of a little orphan named Victorine gives Jess strength to do the impossible. But her success will come at a price...

France, 2005: Decades after World War II, D'Arcy Hallworth arrives at a beautiful chateau to curate a collection of famous wartime photos by a reclusive artist. It's the opportunity of a lifetime, but D'Arcy has no idea that this job will uncover decades of secrets that, once revealed, will change everything she thought she knew about her mother, Victorine, and alter D'Arcy's life forever

My thoughts:
Rating :5
This is the first time I've ever read anything by this authour and I have to agree with others that she has away of being to life her stories , and making you feel all the feelings that your suppose to feel while reading a world War II historical fiction , she also has a way of bringing to life her characters and showing the the struggles not only they went through ,but also the people of Paris. And since this is and was my first time reading her I had no idea that my emotions would be so strong, because it's intense powerful emotional and a very moving story that once you start reading it you won't want to put it down, it's not only a WW 2 historical fiction it's a story of two people meeting and felling in love and the love they have for a little orphan girl , and even though heartbreaking it brings to live that love somehow finds away to survive no matter what ,wither it's distance or years. With that said I want to say thank you to Netgalley as well as Grand Central publishing for sending me a copy and  letting me read and review it exchange for my honest opinion./