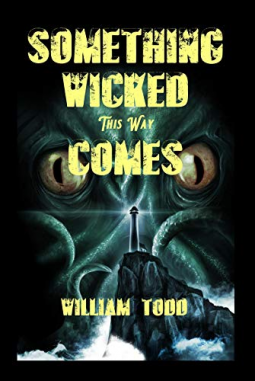 August 1888. Jericho Mannion is the captain of an old, cash-strapped steamer named the Orion. He's been steadily losing money to his competitors, the railways.
When he finds out from his first mate, Tal MacTavish, that the next passage across Lake Erie has only a few passengers, his hope of ever getting out of debt sinks. But Providence has smiled upon him, or so he thinks.
Though the passenger list is small, they have almost a full cargo hold, thanks to William Ross and the university he works for. Ross is the team leader of a university archeology dig tasked with retrieving the debris from a meteorite crash in western Ohio.
He is quite anxious to get his find back to the university for study and is willing to pay Jericho double the fare for his team and cargo to forego the Orion's other ports of call for a straight shot across Lake Erie from Toledo, Ohio to Buffalo, New York.
Jericho becomes suspicious when Ross refuses to divulge the contents of his cargo and the haste in which he wants to cross. Desperately needing money, and with prospects of no fares at his other stops,
Jericho reluctantly agrees when Ross finally offers him triple the fare; he will take Ross and his cargo on the nonstop 14-hour trek across the lake. But what few people on the ship know is what was initially thought to be a meteorite crash turned out to be an alien craft.
The crates in the cargo area hold the remains of the ship. And what no one knows, not even the university team, is that something in those crates is still alive.
Now, in a growing storm, alone in the middle of the lake, people are turning up dead. Their only hope is to scuttle the ship in the deepest part of the lake and try to survive in lifeboats, but that part of the lake is still two hours away. They must do what they can to stay alive.
Who will survive the crossing when Something Wicked This Way Comes?
My thoughts
Rating 3
delight of historical fiction (late 19th century), combining paranormal, science fiction but while it was also to have been horror , it just didn't pull that off  at least not for me , it didn't give off the spookiness i want to feel , while I did like the story I just want more , I liked the author's writing , and how he told the story as well as the characters , but he just didn't pull of the spookiness , with that said i want to thank Netgalley for letting me read and review it . 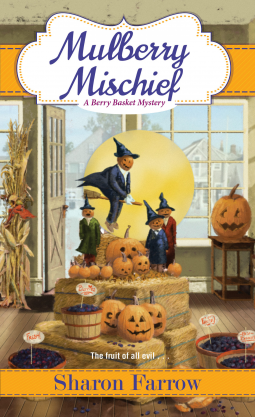 Autumn has arrived on the shores of Lake Michigan, but Marlee Jacob, proprietor of The Berry Basket, is feeling a chill for other reasons …
With the Harvest Health Fair in full swing, Marlee makes sure to stock up on elderberry products for cold and flu season. But this year there's also a run on mulberry when an eccentric customer wants to use the dried berries to ward off evil forces. True, it's almost Halloween, but something else seems to be spooking Leticia the Lake Lady, Oriole Point's oddest resident. She believes someone plans to kill her—and the ghost. Only mulberries can protect them. Marlee doesn't take her fears seriously until a man named Felix Bonaventure arrives in the village, asking questions about a mysterious woman.

The next day, Marlee finds Bonaventure dead on Leticia's property—shot through the heart with an arrow made of mulberry wood. And Leticia has disappeared. Marlee soon learns the Lake Lady has a deadly past that is connected to the famous Sable family who are in town for the health fair. A bunch of clues start to come together—and figuring out what's going on puts Marlee in a real jam …

Includes Berry Recipes!
Rating: 4.5
enjoyable Halloween themed cozy mystery.And I love how the main character always seems to get into stuff even when she's trying not to, also love how at the end of book you get the recipes , and the mystery was well done  , with that said I would love to thank Netgalley for letting me read and review it . 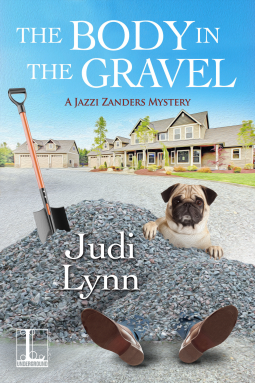 Even in a lovely town like River Bluffs, Indiana, flipping houses can be a challenge. Especially when there’s the proverbial skeleton in the closet—and a literal corpse in the driveway . . .

House-flipper Jazzi Zanders has her work cut out for her. Her latest flip, which she co-purchased with her fiancée Ansel and cousin Jerod, is a three-story fixer-upper that’s more of a droopy-downer. One corner of the house is sinking and needs to be jacked up with a new cement foundation. That costs money. And causes headaches. And creates a work environment that’s not only hostile, it’s downright deadly . . .

Jazzi knows it’s a tough job. Which is why she hired Darby to lay the cement. But when Darby gets into a fiery argument with the furnace man—and then never shows up to lay gravel for the driveway—Jazzi starts to wonder if the rumors about Darby are true. Did he kill his wife and son and bury them in the yard like some folks claim? When Darby’s dead body comes pouring out of a gravel truck, murder upstages the real estate market as her biggest concern
My thoughts
rating: 5
Tweet