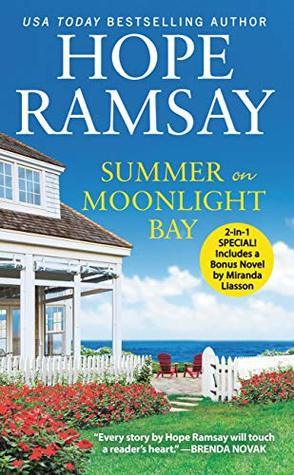 Only one thing can make veterinarian Noah Cuthbert return to Magnolia Harbor-his mother's failing health. He'll do anything to help his family, including taking a short-term gig at the local animal clinic. What he doesn't count on is getting up-close-and-personal with the clinic's new manager, a woman whose love and compassion for every stray that crosses her path has him rethinking his plans to head back to his big-city life...

After her time in the Navy, Lia wants nothing more than to settle down. The quaint seaside town is just what she'd been hoping for, and not just because her new boss is movie-star handsome. As they grow closer, Lia starts wondering if Noah could be the one. But when a town crisis forces Noah to take a stand that jeopardizes their new-found happiness, can Lia convince him that home doesn't have to be a four-letter word?

Includes the bonus novel Then There Was You by Miranda Liasson!


My thoughts
Rating: 3.5
Would I recommend it? maybe
Would I read anything else by this author: maybe

First time I've ever read anything by this author and while it is part of a series it can be read as a standalone , as for the characters I couldn't stand the 2 main characters at all , it was like every time i was reading the book I kept seen the same old thing, and that was almost though out the hole book, but the story line was ok , it just didn't pull me into the story like I was hoping . With that said I want to thank Netgalley as well Forever for sending me a copy as well as letting me request it to read and review