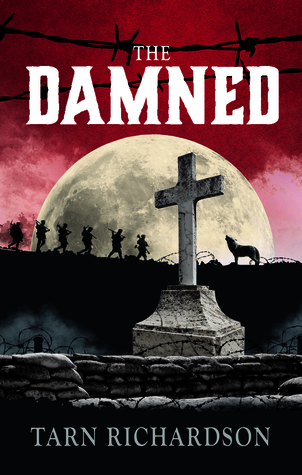 1914. The outbreak of war. In the French city of Arras, a Father is brutally murdered. The Catholic Inquisition - still powerful, but now working in the shadows - sends its most determined and unhinged of Inquisitors, Poldek Tacit to investigate: his mission to protect the Church from those who would seek to undermine it, no matter what the cost.

Yet as Tacit arrives, armed forces led by Britain and Germany confront each other across No Man's Land. As the Inquisitor strives in vain to establish the truth behind the murder and to uncover the motives of other Vatican servants seeking to undermine him, a beautiful and spirited woman, Sandrine, warns British soldier Henry Frost of a mutual foe even more terrible lurking beneath the killing fields that answers to no human force and wreaks their havoc by the light of the moon. Faced with impossible odds and his own demons, Tacit must battle the forces of evil, and a church determined at all costs to achieve its aims, to reach the heart of a dark conspiracy that seeks to engulf the world, plunging it ever deeper into conflict.

Morally complex and fast paced, this is a gripping work of dark fiction set in an alternative twentieth century, where humanity's desire for love, compassion and peace face daunting challenges in a world overwhelmed by total war and mysterious dark forces

My thoughts
Rating: 5
Would I recommend it? yes
Will I read the rest of the books?yes
Would I read anything else by this author? yes
WOW , just WOW , right from the very start this story had me hooked , and  I was lost from the begging to the end of  it, yes its slow at the begging and some times if a story is slow going it takes me a while to get in to it but surprisingly it works for this story because gives it a more dark , and twisted feel , which made me enjoy it even more , another reason why I loved it was it was how it reminded me a little bit of my all time favorite series, by James Rollins , and that series is the Order Of the Sanguines , and just like that one is one had It is everything  in it that made me fell in love with the Oder of the Sanguines series  which is  : the historical backdrop with supernatural ties, the struggle of good against evil and a little bit of conspiracy!With that said I want to thank Netgalley for letting me  read and review in exchange for my honest opinion