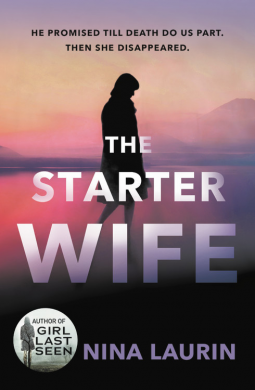 
June 11,2019
Local police have announced that they're closing the investigation of the suspected drowning of 37-year-old painter Colleen Westcott. She disappeared on April 11, 2010, and her car was found parked near the waterfront in Cleveland two days later, but her body has never been found. The chief of police has stated that no concrete evidence of foul play has been discovered in the probe.


I close the online search window, annoyed. These articles never have enough detail. They think my husband's first wife disappeared or they think she is dead. There's a big difference.

My phone rings, jarring me away from my thoughts, and when I pick it up, it's an unknown number. The only answer to my slightly breathless hello is empty static.

When the voice does finally come, it's female, low, muffled somehow. "Where is it, Claire? What did you do with it? Tell me where it is."

A woman. A real flesh-and-blood woman on the other end of the phone. She's not just in my head.

A wave of panic spreads under my skin like ice water. It's Colleen.

My thoughts
Rating: 5
Would I recommend it? yes
Will I read anything else by this author? yes
WOW what a  story, its dark , and twist and that's the type of read I like , it had me hooked from the start and I didn't want to stop reading , the characters where characters that i  wouldn't want to know in person , while it did make me feel sorry ( a little bit ) for  Byron, but that changed after a while . There was just something about him ,that mad me have a love / hate feeling towards him. As for Clair there was something that made me dislike her , I think it was because how she acted towards Byron though out the story, and then there's that third character that comes up , the one that's dark and twisted , the crazy one as I call her ,because you don't know who it is , in fact that's what makes the story because you have no idea who that character is , and if Colleen is really dead and if so who killed her or if it was suicide , or if someone is out to get Clair or is it all in her mind , all I can say is that you need to read the book to find out for yourself , with that said I want to thank Forever ( Grand Central Publishing )  for sending me a copy as well to Netgalley for the ARC copy they let me request in exchange for my honest opinion.