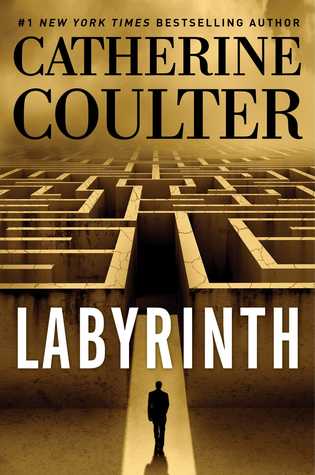 Title: Labyrinth
Series: FBI #23
Author: Catherine Coulter
July 30th 201
Genre: thriller
On a dark night, Agent Sherlock is driving along circuitous mountain roads in West Virginia when her car is suddenly T-boned at an intersection. As her car spins out of control, a man’s body slams against her windshield and then—blackness. When she finally comes to, Sherlock has no memory of the accident, nor of the moments that led right up to it. But what she does know is that the man she hit is a local CIA analyst…and now he’s missing.

Meanwhile, in the small town of Gaffer’s Ridge, Virginia, Special Agent Griffin Hammersmith has just rescued a kidnapped woman who claims her captor admitted to the murder of three teenage girls. However, the man she accuses is related to the local sheriff and a member of a very powerful family. Special Agent Hammersmith reaches out to Sherlock for help, and they soon realize that the disappearance of the CIA analyst is actually connected to the string of murders. But how?

My thoughts
rating: 5
Would You recommend it ? yes
Will I read more of this series ? yes
Would I read more by this author? yes
Wow this one was way batter then the last one I read which was part of her series A Brit In The FBI , this one had a lot of stuff I like in a story , and I loved how some of the characters as well as the bad guys seem to have the presence of paranormal powers which add to the story and help make the story flow together even if there was two stories in one , but even that didn't take anything away form the story , in fact it made me want to keep on reading , with that said I want to  say thank you to Netgalley for letting me read and review it.