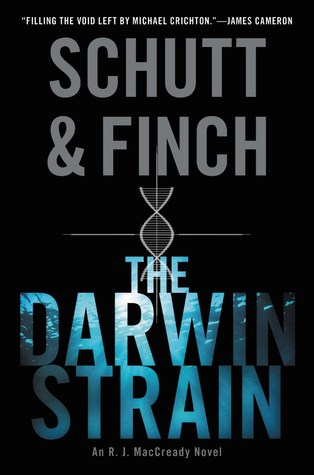 Though the fighting has stopped and Hitler is vanquished, a dangerous new war between America and the Soviet Union has begun. Invaluable in defeating the Nazis, accidental crypto-zoologist R. J. MacCready and Yanni Thorne, an indigenous Brazilian and expert in animal behavior, are working for the Pentagon once again. Sent to a mysterious Greek island in a remote corner of the Mediterranean, they are investigating rumors about a volcanic spring with “miraculous” healing properties that the locals say is guarded by sea monsters from ancient legends.

The islanders believe that, like Fatima, the spring is a gift from God. To the Greek Orthodox Church, it is a sign of a deadly evil foretold in apocalyptic texts. Alongside French and Chinese researchers—men who share their strange, blood-stained past—Mac and Yanni discover that the volcanic spring’s undersea plumes release an exotic microbe that can transform life with astonishing speed.

To find the source of the Volcanic spring, Mac and Yanni must find a way to neutralize “the Dragons of Revelation”—a fearsome aquatic species also known as “Kraken,” which are preventing the scientists from exploring deep beneath the sea’s surface. Mutating at an astonishing pace, the Kraken have evolved into a chillingly high alien intelligence. As the race to possess the “miracle” microbe heats up, tensions between geopolitics, religion, and ordinary scientists confronted with the unknown escalate into chaos. Mac and Yanni know all too well that one wrong choice can easily set in motion a biological chain reaction that will reach across the decades to enhance—or destroy—everything that lives

My thoughts
Rating: 5
Would I recommend the book? yes
Will I read more of this series? yes
Will I read more of this author?yes
WOW this series keeps getting better and better with each book , I mean that , I've read all 3 of them ,  in fact I own books 1-2 already and now I can't wait to off this one to my own library so I  can re read all three of them, its one of my all time series to read and its right up there with my all time favorite series with SIGMA by James Rollings,Andy McDermott sereis ( Nina Wilde & Eddie Chase series) .After reading this one I really looking forward to the next book , I really love how the authors mix and   blend  science, history, and suspense in to this series so much so that it brings the story to live as well as the their characters and that it keeps me wanting more . With that said I want to say thanks Edelweiss for leting me read and review exchange for my honest opinion.