Why didn't I know about this series 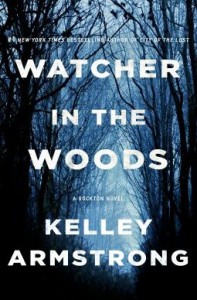 In #1 New York Times bestselling author Kelley Armstrong's latest thriller, the town of Rockton--and her fans--are in for another hair-raising adventure.

The secret town of Rockton has seen some rocky times lately; understandable considering its mix of criminals and victims fleeing society for refuge within its Yukon borders. Casey Duncan, the town's only detective on a police force of three, has already faced murder, arson and falling in love in less than the year that she's lived there. Yet even she didn't think it would be possible for an outsider to find and cause trouble in the town she's come to call home.

When a US Marshal shows up in town demanding the release of one of the residents, Casey and her boyfriend, Sheriff Dalton, are skeptical. And yet only hours later, the marshal is shot dead and the only visible suspects are the townspeople and her estranged sister, in town for just the weekend. It's up to Casey to figure out who murdered the marshal, and why they would kill to keep him quiet.

My thoughts
I've read books by Kelley Armstrong before and while I enjoyed them I was sure if I want to go on with the series but after reading this one even tthough its book 4 I now what to go and pick up the first 3 books to read , and I'm now wounding why I've never heard of this series before ,it has everything I like in series , the characters, the suspension , the action , need I say more , with that said I would love to say thanks to Netgalley and the publisher for letting me read and review it in change for my honest opinion as well as helping mme find a series of her I want to go on with.